✓ It is cheaper to vaccinate your dog annually; once he acquires one of the following illnesses, treatment can be very costly (and might not work). With over 50 million dogs in the US alone, your dog is bound to come in contact with an infectious disease at some point. Even if you always keep your pet indoors, your dog can be exposed to viruses carried in the air, in dust, or on clothing.

✓ Your dog depends on you for shelter, food, and companionship. It is your responsibility to protect him from harm. Having a dog is akin to raising a small child. You will have a happier and stronger dog; a vaccinated dog has a stronger immune system and is thus “more protected” against whatever the world will throw at him.

✓ The law requires all dogs to be current on Rabies because it can be transmitted to humans. 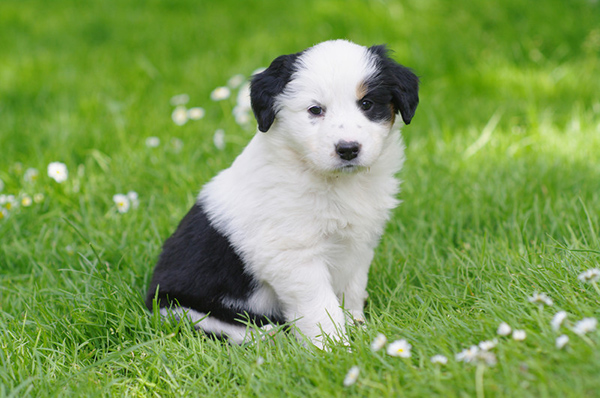 Puppies (Less than 1 year of age):

This is a highly contagious airborne bacterial infection involved in CIRDC (Canine Infectious Respiratory Disease Complex (kennel cough) It causes persistent coughing, sneezing, and retching accompanied by nasal discharge, as well as increasing susceptibility to other upper respiratory infections. We carry an oral vaccine; it is not swallowed but instead the vaccine is squirted into the dog’s mouth and absorbed by the oral mucosa.

This incurable viral disease attacks the nervous system of all mammals, including humans. Rabies is a public health hazard and is of personal risk to you. Transmitted by the bite of an infected animal, there is no cure. Vaccination is required by law and is very important for your safety and that of your pet.

The Canine Influenza virus is a relatively new and highly contagious disease caused by the H3N8 and H3N2 strain of the influenza A virus. Dogs have no natural immunity to it. The virus quickly spreads via direct contact, contaminated surfaces, and through the air (coughing, sneezing). This virus is one of the contributors to CIRDC (Canine Infectious Respiratory Disease Complex). As there are two main pathogenic (disease-causing) strains of the virus, we carry and vaccinate for both strains (in one injection)

This vaccine protects against leptosporosis. Caused by a bacteria, this infection can result in renal failure, vomiting, fever, jaundice, infertility, abortion, and death. This bacteria is commonly present in rodents/possums/skunks. This is highly contagious, especially if your dog frequents dog parks. It is also zoonotic (transmissible to humans)

Lyme disease (Borreliosis): Transmitted by ticks, this disease can affect humans as well as animals. It causes chronic arthritis and skin lesions, loss of appetite, depression, and fever. In untreated cases, it can lead to nervous system complications like facial palsy, and serious heart problems. It is a recommended vaccine if you plan on taking your dog camping or hiking, or for owners who live in rural and/or wooded areas.

Rattlesnake vaccine: The vaccine contains venom components from the western diamondback (Crotalus atrox). We only recommend this vaccine to dogs that frequently encounter rattlesnakes.

Send Us a Message

Let us take a moment of silence for sweet Jasmine.

Say hi to Oreo! He was a very good boy for his wel

Do you have a cat with osteoarthritis/back pain???

Hailie on her best behavior for her 1st vet visit

© 2022 Family Pet Hospital. Designed & Managed by ViziSites. Terms of Use.

We use cookies on our website to give you the most relevant experience by remembering your preferences and repeat visits. By clicking “Accept All”, you consent to the use of ALL the cookies. However, you may visit "Cookie Settings" to provide a controlled consent.
Cookie SettingsAccept All
Manage consent

This website uses cookies to improve your experience while you navigate through the website. Out of these, the cookies that are categorized as necessary are stored on your browser as they are essential for the working of basic functionalities of the website. We also use third-party cookies that help us analyze and understand how you use this website. These cookies will be stored in your browser only with your consent. You also have the option to opt-out of these cookies. But opting out of some of these cookies may affect your browsing experience.
Necessary Always Enabled
Necessary cookies are absolutely essential for the website to function properly. This category only includes cookies that ensures basic functionalities and security features of the website. These cookies do not store any personal information.
Non-necessary
Any cookies that may not be particularly necessary for the website to function and is used specifically to collect user personal data via analytics, ads, other embedded contents are termed as non-necessary cookies. It is mandatory to procure user consent prior to running these cookies on your website.
SAVE & ACCEPT